Even if the first painting lessons started at the end of the seventeenth century at the military school of engineers, the art of painting is a relatively new development in Turkey as it started in the occidental meaning of the term only in the mid 19th century. Some artists were educated abroad and others in Turkey giving both a strong development to the art of painting.

But its most famous representative in this early days is certainly Osman Hamdi Bey (1842-1910).Son of Grand Vizir Ibrahim Edhem Pacha he was educated in a mix of Ottoman and Occidental culture.In 1860 he was sent to Paris in order to perform law degree and he managed also to work in the most famous artists workshops of that time in Paris.

In 1869 he went back to Istanbul and after fulfilling high ranking official duties in the Ottoman Administration he was named as head of Ottoman Museum which he organized while also conducting himself important archeological researches such as Nemrut dag, Lagina and Sayda temple etc...In 1883 he created the Istanbul school of Fine Arts.

In 1891 he opened the Istanbul Archeological Museum further to the Sayda research campaign and the presentation of the pieces found on this occasion such as the so-called sarcophage of Alexander the Great. At the same time he never stopped carrying on its painting works where he expressed in a rather classical way its turkish sensitivity in many fine pieces which are now exhibited in many museums in Turkey and abroad.Osman Hamdi Bey died in Istanbul in 1910.

Not very far from Istanbul Osman hamdi bey villa (yalý)the place where he lived and worked during 26 years can be visited and its decorative panel paintings are still remaining in place. 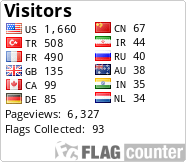